Four historical houses converted into an ecological and sustainable hotel surrounded by history and nature form Herera Beragu. We’re waiting for you!

Heredad Beragu has been completely integrated into natural medieval style environment that characterizes the small town of Gallipienzo in Navarra, where it is located. Casa La Gualda, Casa El Cuco, Casa Antolín and Casa Vidal make up this agro-chic hotel, whose rehabilitation used 90% of the materials recovered from the houses themselves as well as a small amount of demolition material.

The hotel owes its name to its past and geographical situation. An “heredad” was formed from a set of properties (something similar to a hacienda of today), which consisted of a farmhouse, a stable, and a winery. The barn could even have a mill of both grain and oil (oil mill), as well as a foundry or forge. One of only three historical heredades in Gallipienzo, Heredad Beragu was founded by the king. In an effort to preserve this fascinating past, Heredad Beragu simulates what life would have been like in the estate throughout all of its 9 rooms.

Beragu, for its part, is the mountain on which the town sits. Hence the name of this hotel, which has undoubtedly preserved the essence of the past and present of its surroundings. 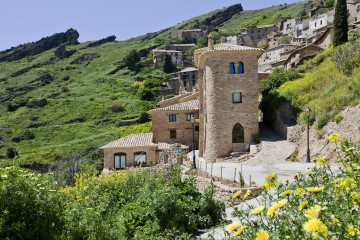 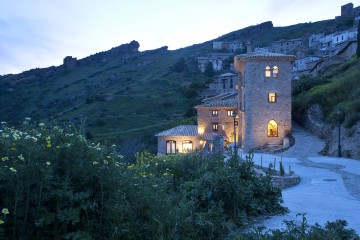 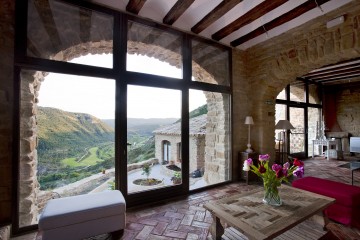 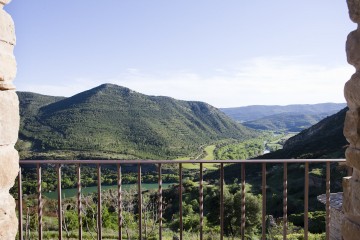 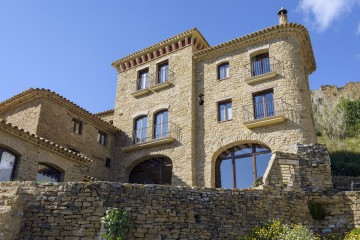 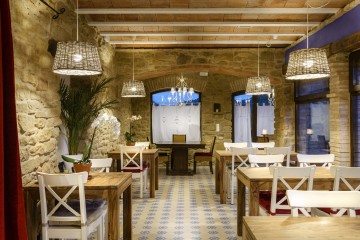 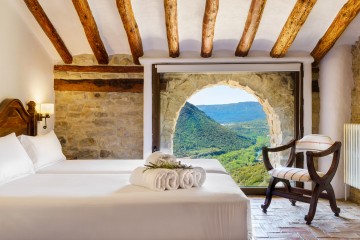 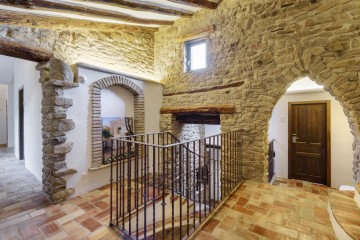 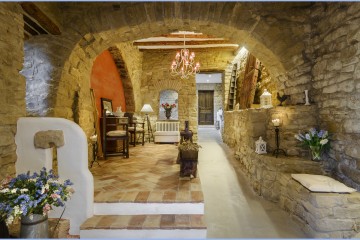 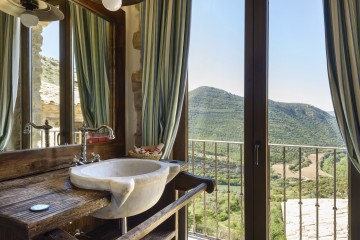 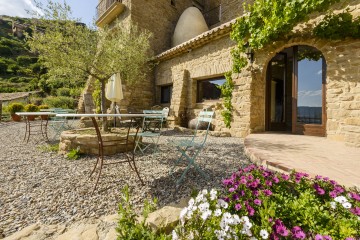 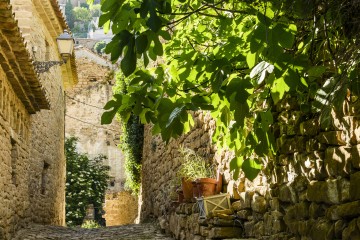 Ecological and sustainable, the hotel offers 9 rooms complete with bathroom, telephone and a free Wi-Fi connection. These rooms are complemented by a restaurant and bar where you can enjoy the best seasonal cuisine in the area, as well as a car park, both of which are for the exclusive use of hotel guests. The restaurant serves a delicious breakfast based on natural and fresh products, some of which are homemade, as well as a menu composed of dishes from the traditional gastronomy of Navarra.

Soon, the hotel will have a rural house will also be constructed to complete the space of the historical estate, one of only three in the Gallipienzo region. 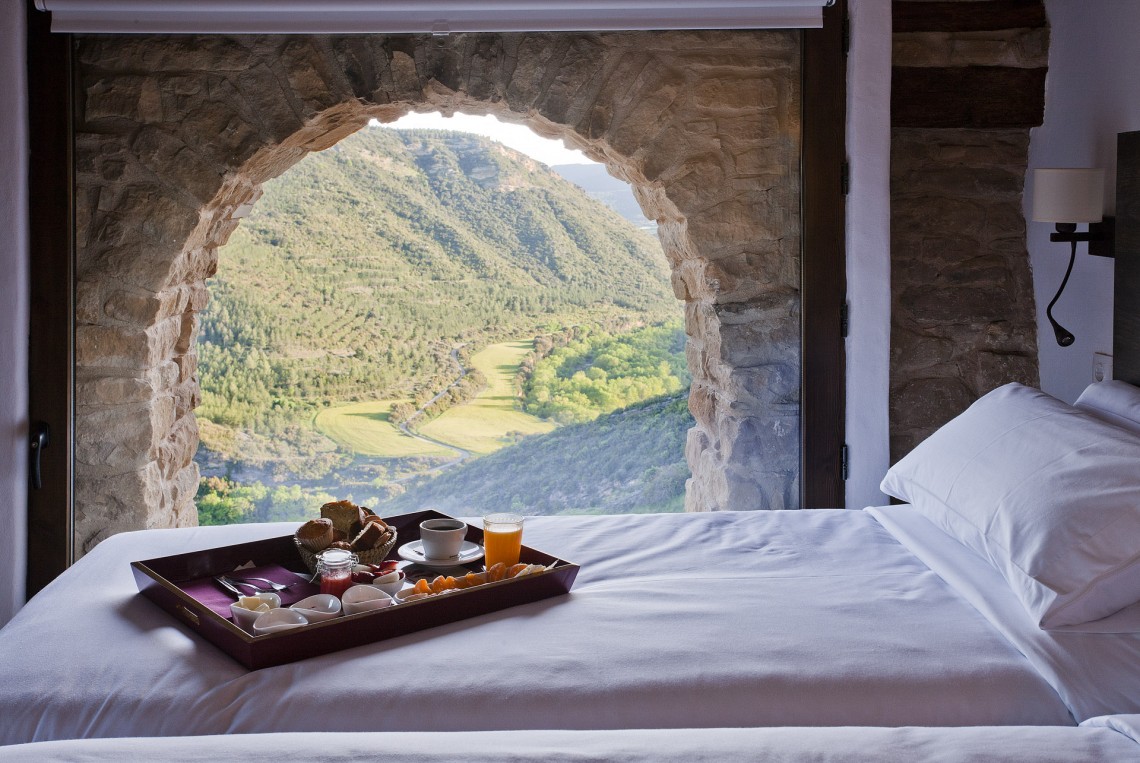 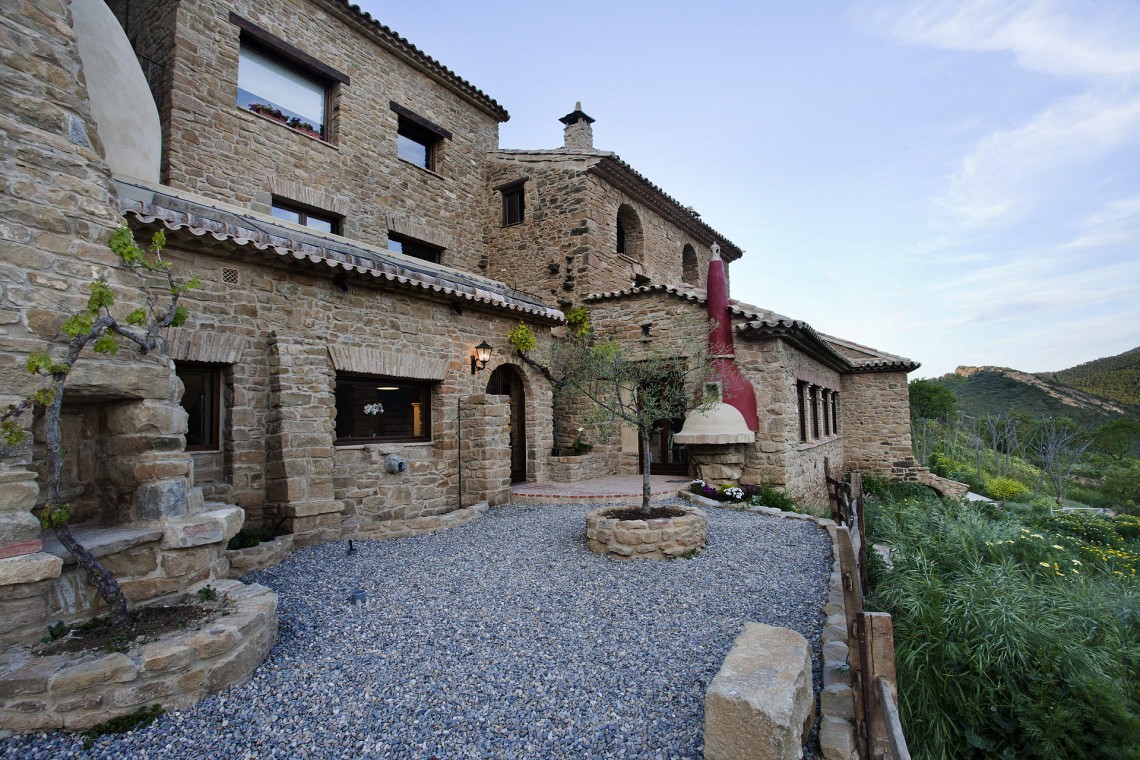 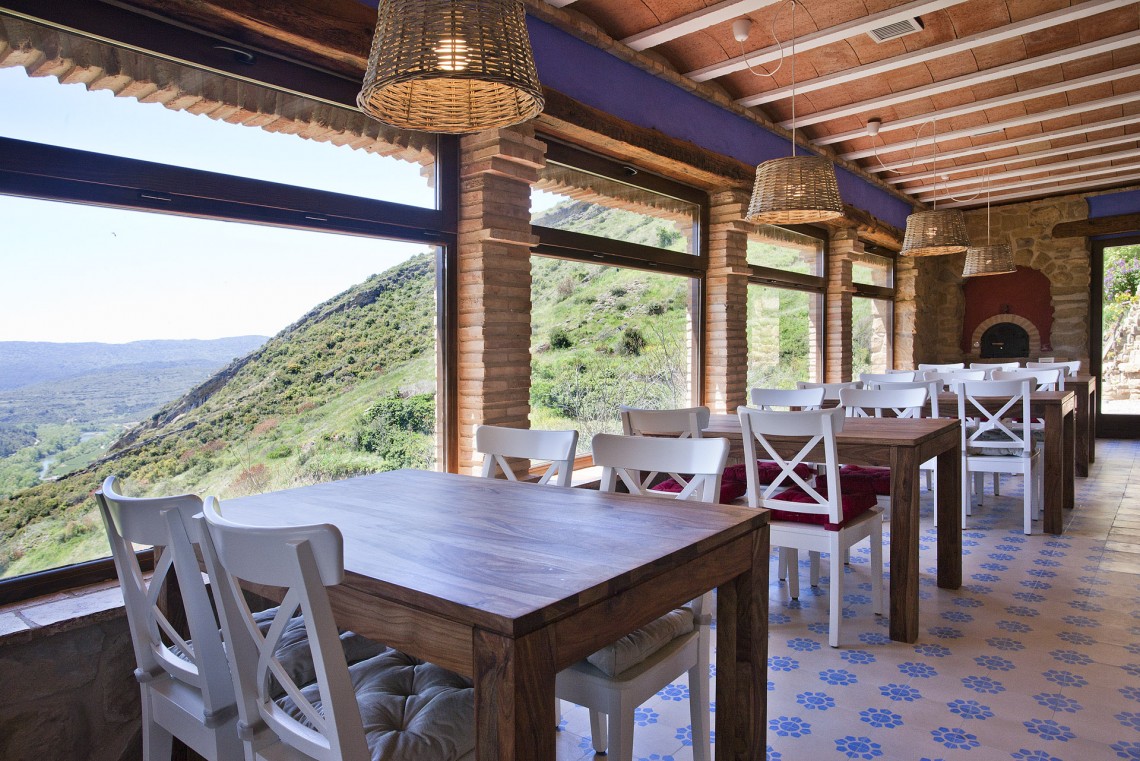 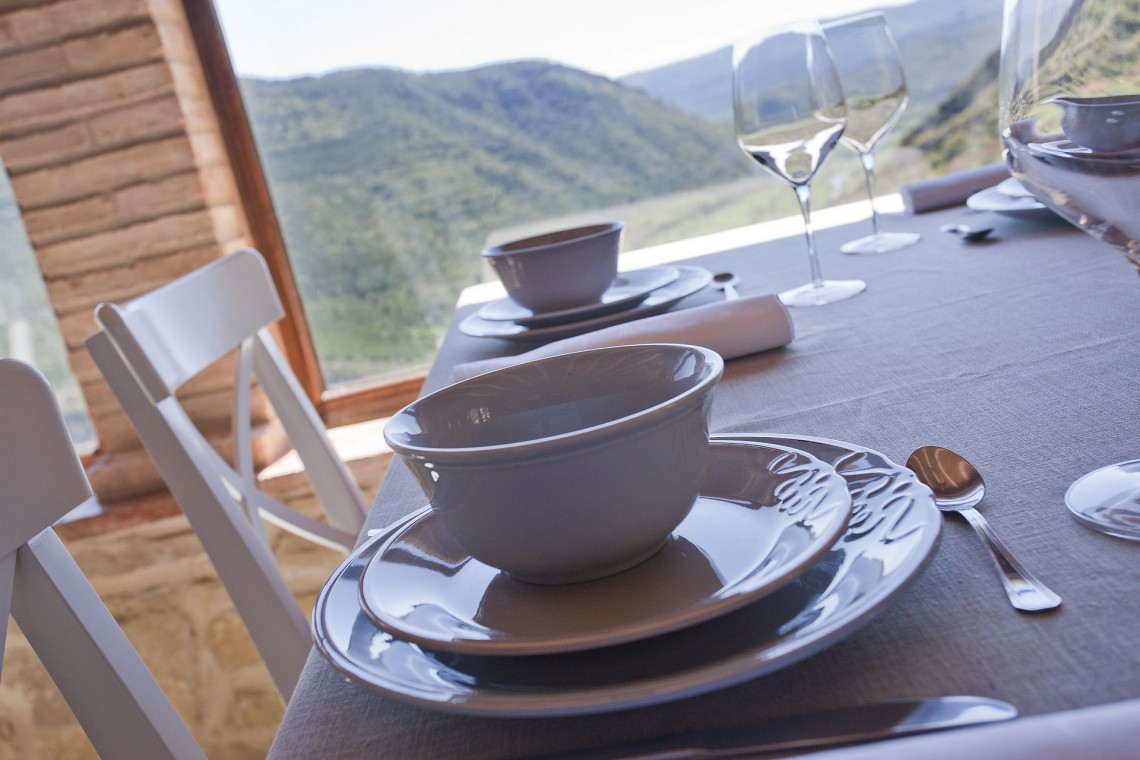 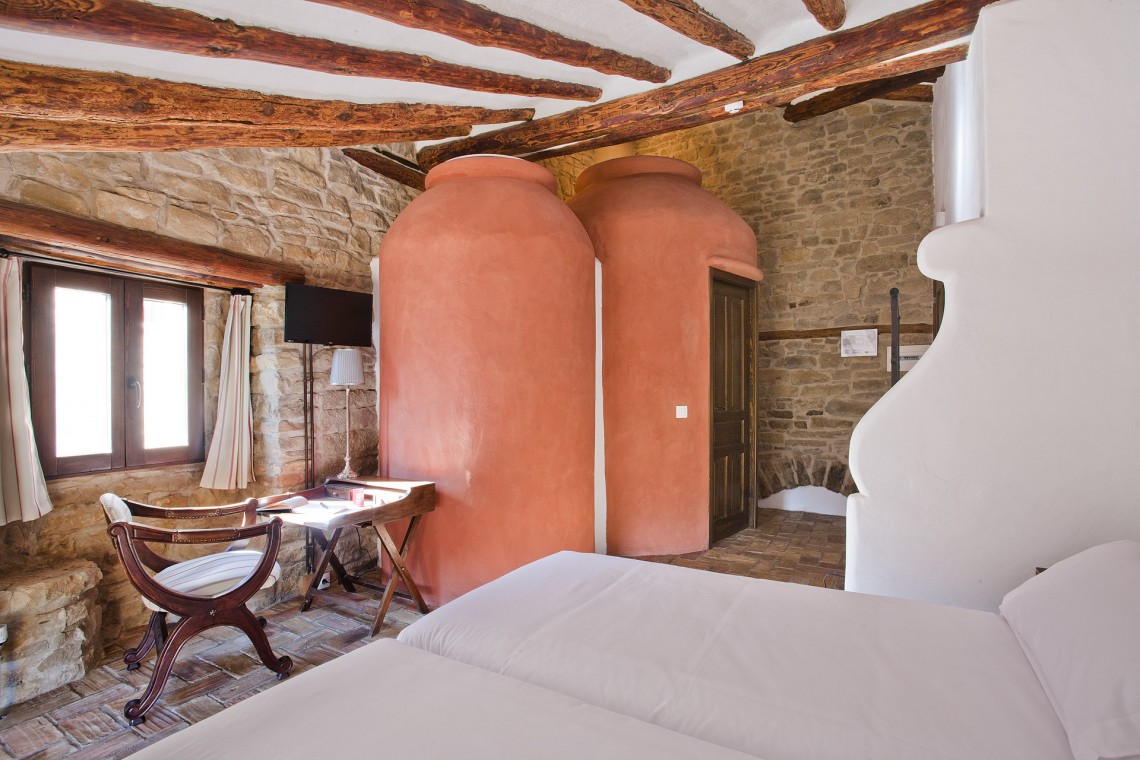 Views of a 100% natural environment.

All rooms with private bathroom, telephone and free Wi-Fi.

Access and layout designed for people with reduced mobility. 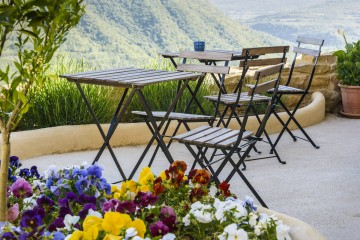 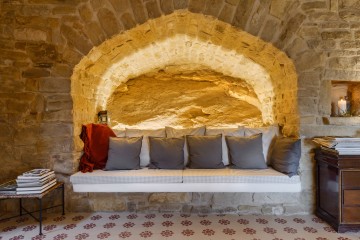 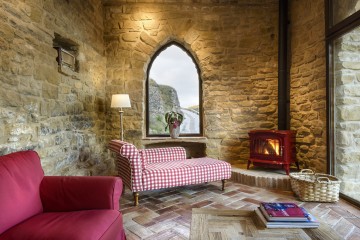 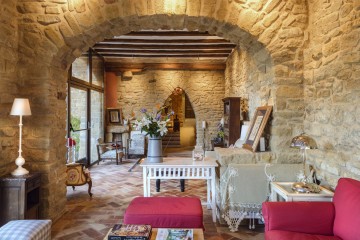 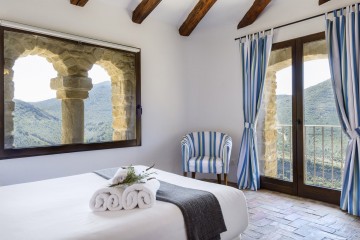 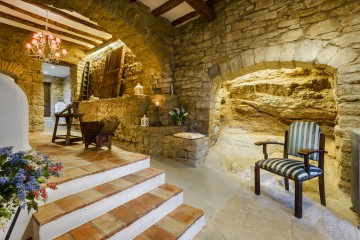 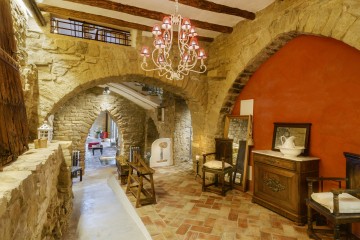 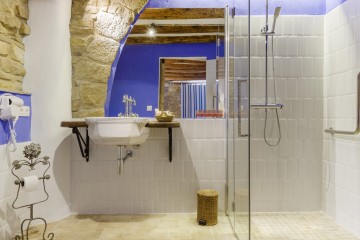 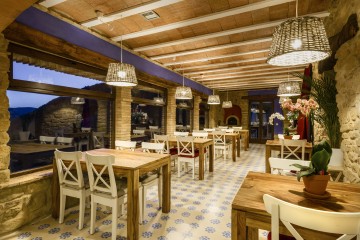 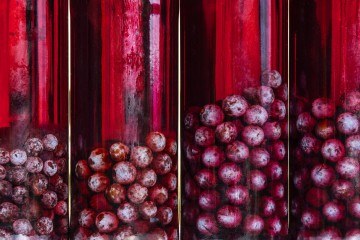 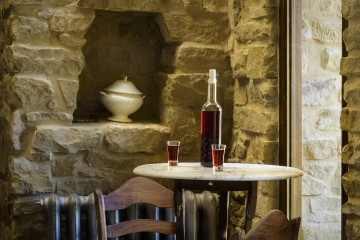 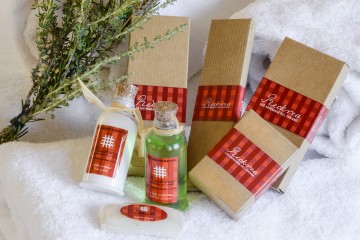